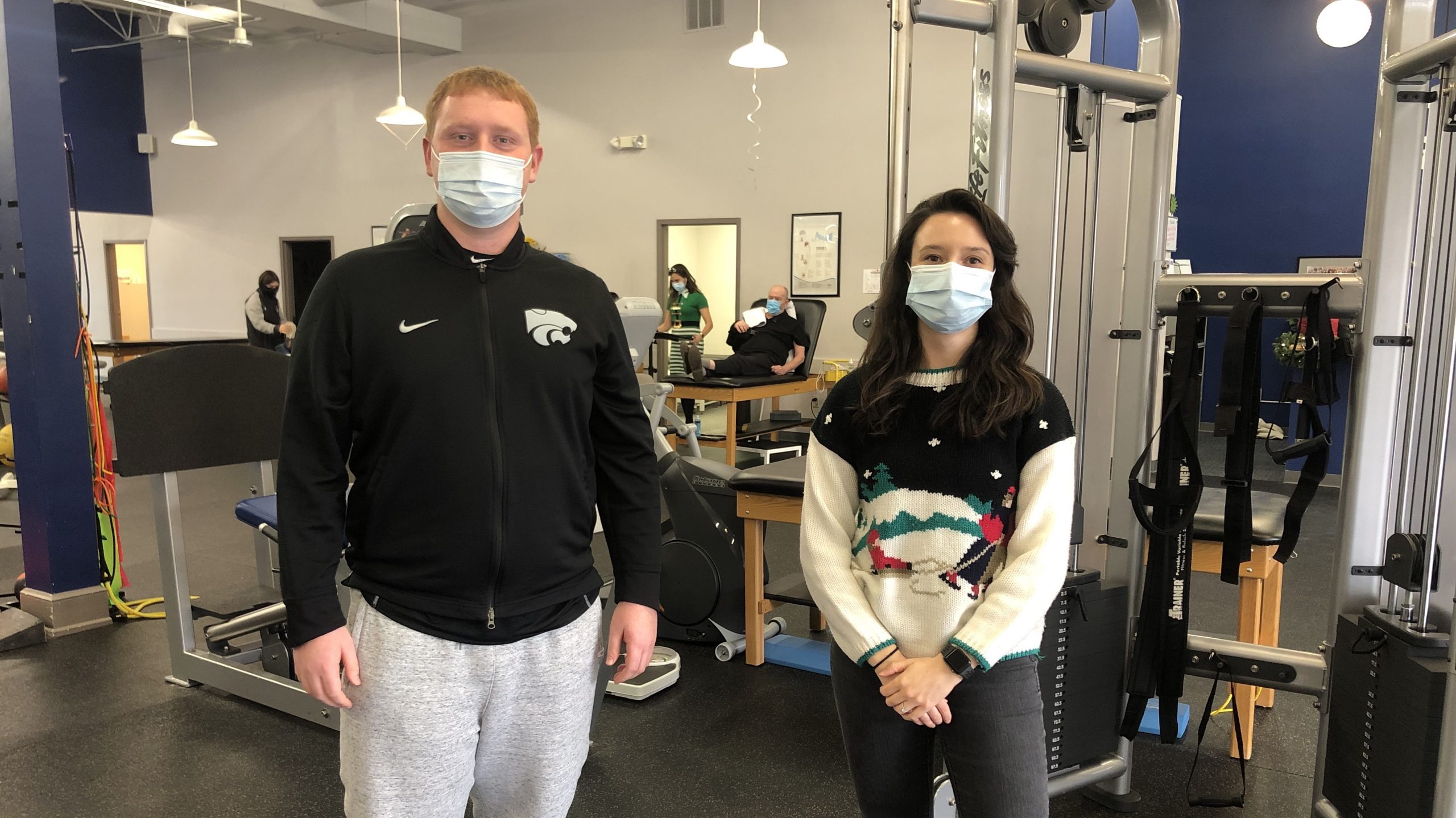 Athletes aren’t the only ones who can sustain injuries on and off the field. Referees can also get hurt before, during and after games. Just ask Brandon Davis, a high level referee in Kansas City. While stretching one night after officiating a soccer game, he bent down to touch his toes, moved incorrectly and injured his lower back.

Upon arriving to the emergency room later that evening, he learned he had a herniated disc, a condition that occurs when the cushion-like cartilage (the disc) between the bones of the spine is torn or injured. Brandon was given medication and an epidural to manage the pain.

“The doctor recommended surgery, but he also said physical therapy was an option,” Brandon said. “Since my sister is a PT in Topeka, I reached out to get her advice. She suggested I go to the ARC clinic in Overland Park because it was close to home.”

After obtaining a script from the physician, Brandon called the clinic to schedule an appointment and got in right away. He underwent three weeks of physical therapy, which included a thorough assessment and evaluation of his condition, neuro re-education of his deep core, and strengthening and stabilization exercises to support his low back. 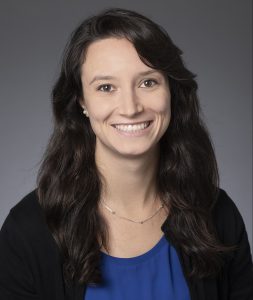 When I first saw Brandon, he had lower back pain that was pretty intense,” said Molly Warshaw, PT, DPT.

“He was very active refereeing soccer, running and sprinting, so I knew it was important for him to get back to his activities as quickly and safely as possible.”

As a licensed physical therapist, Molly understands what it takes to get patients back to peak performance. Prior to joining ARC Physical Therapy+, she completed clinical internships in outpatient orthopedics and sports medicine at Mayo Clinic. While lower back pain can improve with time, she said a good physical therapist and hard work on the patient’s end of performing his or her exercises often go a long way. 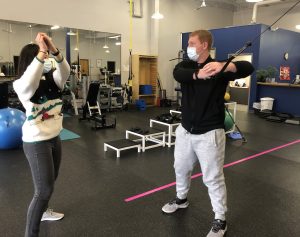 “Brandon was diligent about doing his at-home exercises,” she said. “Eventually, he was able to progress to higher level functional movements that allowed him to get back to running, which he needed to be able to do for his job as a referee.”

Brandon said that was his primary motivation for continuing his at-home exercises.

“Molly told me that if I continued my core exercises, it could help minimize the risk of something like that happening again,” he said. “I tried to stick to my exercises morning and night so I could get back to refereeing as quickly as possible, and I still apply a lot of what she taught me.” 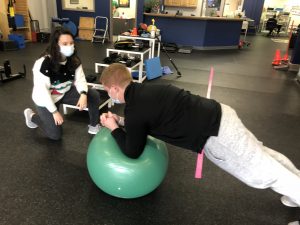 Armed with his sister’s knowledge and the information he gained from ARC Physical Therapy+, Brandon plans to pursue a career as a physical therapy assistant. Looking back on his experience, he said he wants other people in his situation to know they have options when it comes to treatment.

“You should always ask your doctor what your treatment options are,” he said. “Before talking to my sister, I didn’t realize I could go wherever I wanted for physical therapy, as long as it was covered by my insurance. Knowing I had options really helped me feel like I had more control over the situation.”

We encourage anyone who is active to focus on preventing injury. Of course, if an injury occurs, our team stands ready to provide the care you need to get back in the game, safely and efficiently.

For more information or to schedule an appointment, contact info@arcpt.com or 844-755-4272. 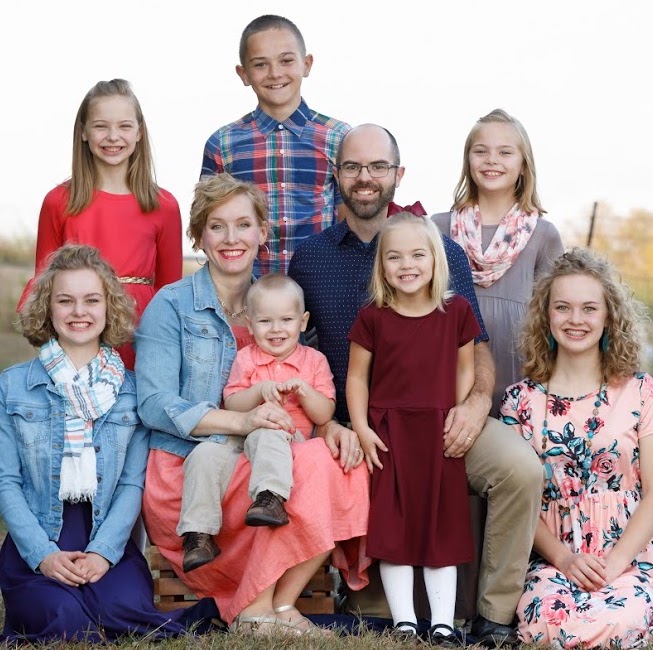 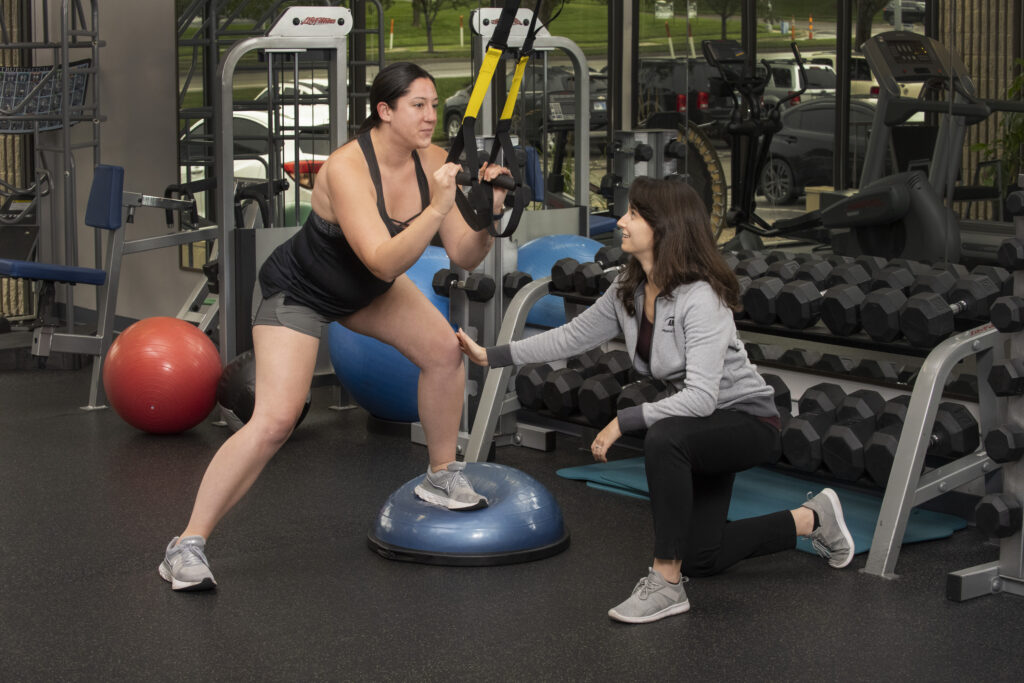